Join us as we congratulate the 2016 Lakeview Legacy Award Recipients! 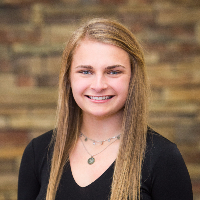 "The epitome of perseverance."

"She taught me that when you have a passion for something, nothing is impossible."

"Every person on the team is inspired by her."

Similar words describe Alyssa Ettl, the inspiration for Lakeview Bank's Alyssa Ettl Legacy Award. It's only appropriate that they were directed toward this year's award recipient, Lakeville South Senior, Hannah Moland, as her friends and coach described her tenacious and inspirational recovery from a near fatal ATV accident just before the 2014 cross country season. The accident left Hannah with a fractured femur and pelvis requiring surgery to implant a rod, multiple blood transfusions, a 12-day stay at the Vancouver (BC) Children's Hospital, and a doctor's prognosis that Hannah's stellar running career was over.

But Hannah set out to prove the doctors wrong. Just ten months after her accident she had worked her way back to running on the 2015 varsity track team. She was named captain of the 2015 cross country team and serves in the same capacity for the school's 2016 track and field team, a sport in which she has been twice-awarded All-State Academic honors. Not surprisingly, her teammates have awarded her both "Best Work Ethic" and "Most Inspirational Runner" twice.

In itself, Hannah's story of tenacity is enough to warrant her selection as the Alyssa Ettl Legacy Award recipient. However, her story doesn't stop there.

Hannah is a member of the National Honor Society and the Lakeville South Faith Club, captains the Cougars Leading Cougars club (helping freshmen acclimate to high school), and was one of four Lakeville South students responsible for raising $22,000 and finding more that 500 volunteers for Feed My Starving Children event at school. She has also directed her considerable talents towards DECA for the last four years, and just earned State Champion honors and will soon head to Nashville to compete at DECA nationals. 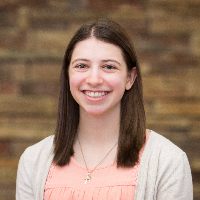 A member of Farmington Lutheran Church, Nicole is forthright about the importance of faith in her life, and her actions reflect it. She helps to feed people at her church's Wednesday meals, assists in kindergarten Sunday School and confirmation, serves as a Crew Leader during Vacation Bible School, and has participated in mission trips the last three years. As Nicole puts it, "My faith has become the most important part of my life."

Perhaps a natural outcome of her faith is her commitment to service. When not serving at her church, she can likely be found serving at Farmington High School. As a member of the National Honor Society she helps with a variety of projects including judging the elementary science fair, organizing toys for Toys for Town, twice-a-year school blood drives, and Feed My Starving Children. She is also a leader in Family, Career, and Community Leaders of America (FCCLA), where she volunteers her time to UNICEF Trick-or-Centing, preparing food with Loaves and Fishes, playing bingo with Trinity Care Center residents, spending time with children at the B. Robert Lewis House, and ringing bells for Salvation Army. Nicole works to bring positivity to fellow students at her school as a three year member of Peers 4 Peers. And...in her spare time she participates in the Farmington Marching Band where she has been a section leader for the last two years.

But the underpinning for Nicole's servant heart is love. She quotes Bob Goff, who states that "love is never stationary. In the end, love doesn't just keep thinking about it or keep planning for it. Simply put: love does." For Nicole, love is a verb, manifested in her kindness and compassion. In her own words, "I have found it absolutely certain that my life goal and purpose is to serve others. This is why I do what I do."

This fall, Nicole will enroll at Gustavus Adolphus College, where she plans to major in nursing. And, of course, continuing her legacy of faith, service, and love. 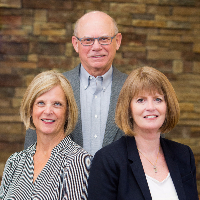 Independently, Dick Hausten, Mary Jo Geary, and Sue Lewis warrant consideration for Lakeview Bank's Legacy Award based on their records of service to their communities. But put them together and the choice for the 2016 Citizen Volunteer Legacy Award is obvious!

Each has extensive service with 360 Communities' Burnsville Family Resource Center and Food Shelf. In 2014, 360 Communities Director of Self-Sufficiency, Annika Rychner, asked them to combine their talents and experience to lead the agency's Armful of Love program. Fortunately for 360 Communities, each of them said yes...in 2014 and 2015.

Mary Jo and Dick co-manage the family interview process, personally meeting with more than 1,000 families over three weeks to determine their needs and program qualifications. Sue matches sponsors with families in need. In addition, Dick designed the warehouse layout to maximize gift storage space and planned the logistics of receiving and distributing thousands of gifts that make the Armful of Love program so meaningful.

Armful of Love isn't the only program that benefits from their shared commitment to service. They all serve at the Food Shelf, but you may find them serving with Loaves and Fishes, volunteering at Treehouse, or donating platelets to the Red Cross.

They each derive immense joy from helping others become more self-sufficient through the programs they support with 360 Communities. Their positive attitudes and generosity of service encourage others in our community to do the same. They are truly inspirational and bring hope and positivity to many in need. 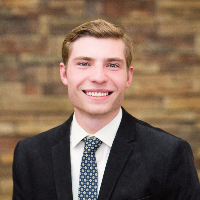 "Clarus" means clear in Latin, and while it's in the name of the company owned by 2016 Lakeview Bank Business Owner/Manager Legacy Award recipient, Aaron Knigge of Clarus Windows, it's also descriptive of the way in which Aaron envisions his company's future...with clarity.

Clarus Windows' vision statment is to simply "make the world a brighter place--one window at a time." From a practical standpoint this vision is manifested by an insistence on providing the highest quality window cleaning experience in the Twin Cities Metro area, to the point of doing whatever it takes to have a satisfied customer, even if it makes the job unprofitable. The formula is working, as the company recently bought out a competitor that added yet another 400 active clients to its customer base.

But at Clarus, there's more to that successful formula than might initially meet the eye. Aaron has a passion for helping youth, and the company strives to hire young people through a thorough interview process, train them, and instill a strong work ethic and excellent character. The training is done on a "practice home," selected by Aaron and offered free of charge to someone who would appreciate the service but may not be able to afford it. That practice of giving back expanded in 2016 with the company's participation in the Pacer Silent Auction to benefit children and young adults with disabilities and their families, where the company's services are auctioned off and all proceeds are donated to the Pacer organization.

As with most small businesses, it is no surprise that the company's values align perfectly with Aaron's. He is a youth leader at his church, Evergreen in Bloomington, where he loves to partake in and lead Bible studies with other young adults, helping to equip them to make an impact in their schools and communities with their faith. Aaron also volunteers at Hopefull, a Bloomington based non-profit that packages meals to benefit residents of three Haitian communities, and serves lunch at local public schools.