Join us as we congratulate the 2019 Lakeview Legacy Award Recipients! 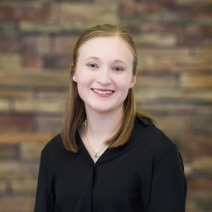 For the 2019 Alyssa Ettl Legacy Award recipient, Ellie Chaouch, volunteering and serving others is more than just a strategy to bolster her resume for college admission purposes.  If it was, she could cease her school and community service activities because she is already accepted into the College of St. Scholastica’s Premium Pre-Med Program.  For Ellie, her passion for serving others is rooted in a family that has always strived to spread kindness and optimism into Lakeville and the surrounding community.

Consistent with her humble spirit, she emphasizes that it is not what she does to serve others that is most important but rather, what she is able to learn from her experiences and the people whose lives she impacts.  From an immigrant learning English she has learned about respect, diversity, and viewing life through their lens. From students that she has mentored and tutored she has experienced the immense satisfaction that comes from embracing each other’s differences, showing compassion, empowering others, and putting one’s best foot forward.  And from the literal ups and downs of figure skating, Ellie has learned the importance of dedication, hard work, and dealing with both the successes and failures of life.

With a goal of becoming a pediatric physician, Ellie will have ample opportunity to positively impact anyone who is fortunate enough to have their life intersect with hers—whether professionally or in a volunteer capacity. 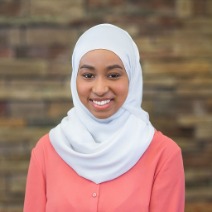 Halima Badri knows determination…in fact, she comes by it quite naturally.  The daughter of Ethiopian immigrants, she witnessed her parents pursue their American Dream despite coming to this country in their early 20’s without financial support or the ability to speak the English language.  Through grit and persistence they found a place to rent, enrolled in school, obtained stable jobs, and raised four children.  But perhaps most importantly, they passed their determination and natural curiosity along to the next generation.

Along with her siblings, Halima has used those traits to make the most of her opportunities, beginning with her service to her community.  She has served as President of Interact, a volunteer club working in collaboration with the Apple Valley Rotary Club, and has been recognized by the City of Apple Valley for her volunteer work, including Armful of Love and Crayons for Cancer.  She has served in volunteer capacities with the Fairview Ridges Pediatric Department and as an activity aide for Project Explore, assisting disabled adults.  At Apple Valley High School she is a Board Member of the Black Student Union, where she created an annual Black History Month symposium and hosted a Bridge the Gap event with local law enforcement officers and students in the community.

As if her considerable community service is not enough, Halima has attained almost incomparable success in Speech and Debate, where she has served as captain of her school’s teams.  Since 2015, she has finished 1st at 17 invitational tournaments, and in 2018 captured both the MSHSL Class 2A State Championship and the National Championship in Original Oratory!

As a black Muslim woman in white suburbia, Halima knows struggle.  She has encountered discrimination and injustice in her young life.  And, despite her sterling achievements, she acknowledges that she has experienced challenges and, indeed, failure on many occasions.  While these opposing forces might discourage many, they have only motivated Halima to seek future opportunities to help the underprivileged and use her leadership skills to better the world around her.  She will carry that motivation this fall to Harvard University, where she has been admitted as a member of the Class of 2023 under their Early Decision program. 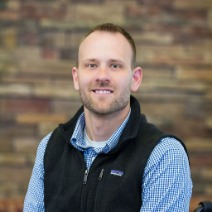 After breaking his back in a swimming accident when he was 18, permanently losing function in his legs and resigned to a wheelchair for the rest of his life, probably nobody would have been surprised if Kyle Henning’s life was spent in self-pity and anger.

However, surrounded by a positive and supportive family, Kyle’s life never took that turn.  So strong was his family’s support, in fact, that he naively assumed everyone in his circumstance must have similar encouragement from friends and family.

Until, that is, his mother asked him to visit a young man from their hometown at Gillette Children’s Hospital.  He gladly did so and learned that the 16 year old, now paralyzed from the neck down after a horse riding accident, had been living in a foster home and was all alone; his attending nurses told Kyle that he was his first visitor.  For the next three months, Kyle visited the young man every other day, supporting and encouraging him until he returned to an assisted living facility in his hometown.

Shortly after, Kyle was introduced to TreeHouse, a faith based non-profit organization that brings living hope to hurting youth and families and leads to life transformation.  Using what he learned from supporting his 16-year-old friend, Kyle discovered a passion for working with at risk teens that he has brought to TreeHouse.  In addition to being a Support Group leader, Kyle is also Community Development Team Chair for TreeHouse in Dakota County and successfully raised $300,000 before its Lakeville facility could open.  In that capacity, he is also responsible for the ongoing fundraising and staff support necessary to ensure that teens have everything they need to feel loved and supported.

Given the depth of his TreeHouse involvement, it might be logical to conclude that Kyle is part of the organization’s paid staff.  In fact, Kyle has a full time job as the owner of two Anytime Fitness gyms, a demanding vocation in itself.  When he has spare time, he enjoys camping and 4-wheeling. 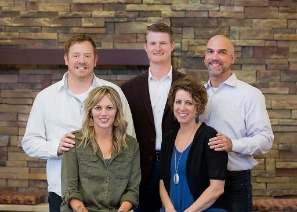 One might assume that the success of a brewpub like Lakeville Brewing Co. is based on the quality of its food and beer menus, or the number of meals served, or the ambiance of the restaurant.

To be sure, these measurements are critically important to the people who created and manage Lakeville Brewing Co.  But, for co-owners Don and Megan Seiler and Glen and Kate Bruestle, and head brewer Taylor Quill, success is not only measured by meal counts and barrels of beer consumed.  For them, success is also found in the way that they and their employees positively impact their community.

For starters, a focus on family permeates the organization, beginning with the Seiler’s and Bruestle’s own efforts to strike a healthy balance between raising young families and meeting the considerable time demands of a successful business.  That same family focus is evident in the warm and welcoming dining, patio, and bar areas where families, friends, and neighbors can meet to enjoy a casual meal.

The sense of family extends to Lakeville Brewing Co’s employees, as well.  On more than one occasion when an employee’s family has experienced significant medical hardships, fellow employees, guests, and the owners themselves have rallied around them and raised significant contributions that assisted with their medical bills.

Generosity, however, does not stop at the brewpub’s walls.  Since opening, thousands of dollars in gift cards and merchandise have been donated to numerous community fundraisers.  In 2017, a collaborative effort with Angry Inch Brewing led to the organization and initial funding of Block Bash and raised over $5,000 for the Lakeville Public School’s “Ready, Set, Achieve” initiative; Block Bash 2018 also raised more than $5,000 to benefit the Lakeville Public Safety Foundation.  Also in 2018, Lakeville Brewing Co. raised more than $5,000 through its charitable golf tournament to benefit Wishes and More.  And, in December of 2018 a local family who had fallen on hard times was blessed through the Best Christmas Ever program through a partnership of Lakeville Brewing Co. and Title Boxing.

Lakeville Brewing Co. shows that a business can provide a superior customer experience while also making a difference in the community.  They exemplify Lakeview Bank’s motto of doing well by doing good.